The eight new RTGs, part of ICTSI’s second batch of a 16-unit order from Mitsui Engineering and Shipbuilding, are the most eco-efficient landside port equipment in the country today. Cutting fuel costs without compromising productivity, the hybrid RTGs run on a combination of 200kVA Li-ion battery and a smaller diesel engine, and are considerably faster and quieter to operate.

Christian R. Gonzalez, ICTSI Executive Vice President, said: “By increasing our equipment productivity, we are seeing the most direct impact in reducing not only on our emissions, but even bigger and arguably on our fuel and energy consumption–delivering cost savings, on one hand, and reduced resource use, including reduced environmental impact.”

Another eight RTGs, part of ICTSI’s USD380-million group-wide capital expenditure for 2019, will be delivered before yearend–increasing the MICT’s RTG fleet to 71.

Complementing the RTGs, ICTSI recently introduced Booking by Block – a new function under MICT’s Terminal Appointment Booking System (TABS)–which help port users to book for zones across the yard, and match them with the nearest available port equipment. With this feature, truck queueing time in the stacks were significantly reduced and are served a lot faster; and eliminates idling and the need for RTGs from being overworked.

Along with other measures, such as gates automation and gate system upgrades, vehicle fleet upgrades, and utilization of machine learning and analytics–these are expected to have an even greater material impact on indirect emissions on ICTSI’s flagship, and seen to reduce cycle times of more than 20 minutes per truck visit.

With the largest port equipment fleet in the country, existing or planned, the MICT remains the only Philippine terminal capable of servicing the largest box ships plying Asian routes.

To further ramp up capacity in support of growing Philippine trade, ICTSI has begun construction of Berths 7 and 8, and back-up areas for the future Berths 9 and 10. ICTSI has several other projects underway supporting MICT’s role as the country’s leading trading jgateway, including inter-terminal transfers at NorthPort for greater inter-island connectivity, and increased barge berthing services between the MICT and Cavite Gateway Terminal in Tanza. 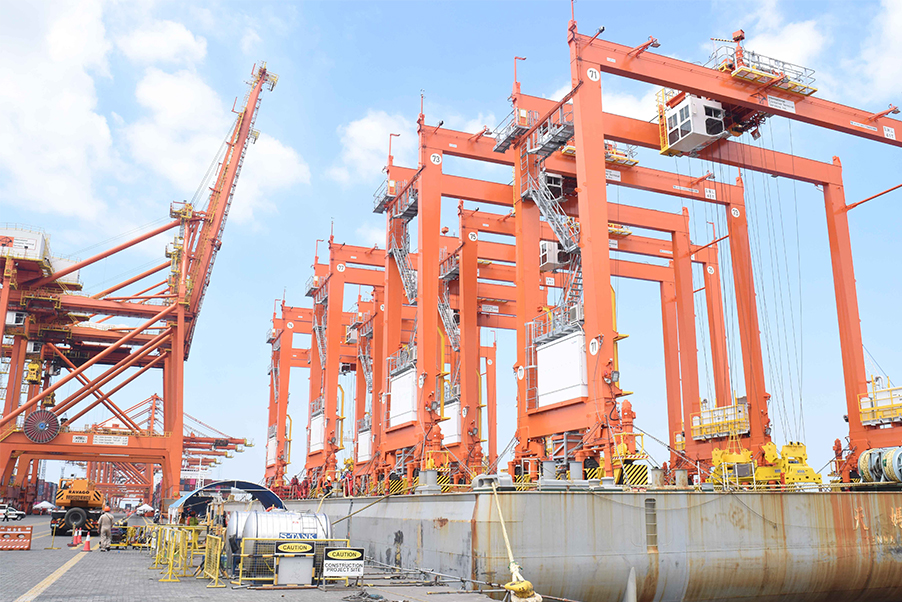