The ICTSI Foundation, together with the Bloomberry Cultural Foundation Inc., NorthPort, and Manila Harbor Center Port Services, Inc., conducted another round of relief operation for survivors of the Taal volcano eruption in Batangas last 1 March.

The Philippine Government has since lowered the volcanic alert level, prompting evacuees to go back to their homes. However, some evacuees from the volcanic island and surrounding coastal communities no longer have homes to return to because their homes have been destroyed and the island has been declared a permanent danger zone and off limits to humans.  They were instead transferred to Seabreeze Residences–a military housing project in Ibaan, Batangas, where 450 out of the 1,500 housing units were allotted for the displaced families.

A total of 464 buckets containing five kilograms of rice, assorted canned goods, instant noodles, toiletries, and medicine, as well as drinking water, were distributed.  Aside from basic commodities, household cleaning materials, and cooking stoves were handed out.

The Foundation thanks volunteers and donors who made this initiative possible. 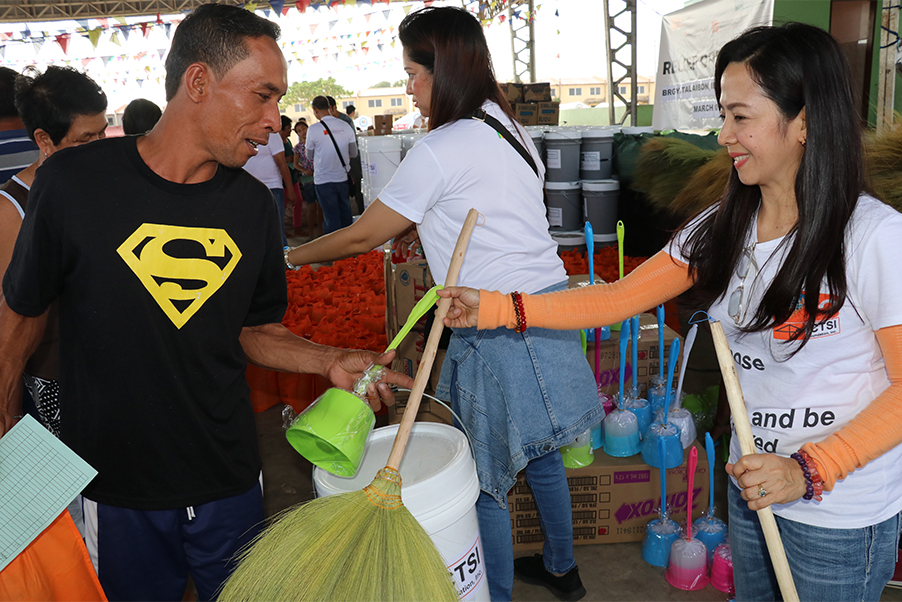